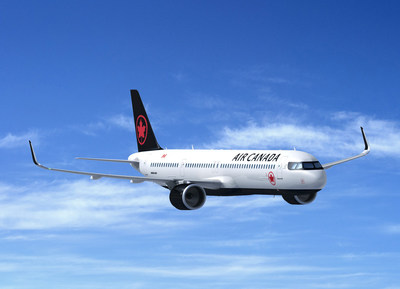 Deliveries are to begin in the first quarter of 2024 with the final aircraft to arrive in the first quarter of 2027. Fifteen of the aircraft will be leased from Air Lease Corporation, five will be leased from AerCap and six are being acquired under a purchase agreement with Airbus S.A.S. that includes purchase rights to acquire an additional 14 of the aircraft between 2027 and 2030.

"Air Canada is committed to further strengthen its market-leading position, especially through investments in new technology. The acquisition of the state-of-the-art Airbus A321XLR is an important element of this strategy and will drive our core priorities of elevating the customer experience, advancing our environmental goals, network expansion and increasing our overall cost efficiency. This order also shows that Air Canada is emerging strongly from the pandemic and is ideally positioned to grow, compete and thrive in a reshaped global aviation industry," said Michael Rousseau, President and Chief Executive Officer of Air Canada.

Air Canada's A321XLRs will accommodate 182 passengers in a configuration of 14 lie flat Air Canada Signature Class seats and 168 Economy Class seats. Among the aircraft's amenities, customers will enjoy next generation seatback entertainment, access to inflight Wifi and a spacious cabin design featuring generous overhead baggage storage bins. With a range of approximately 8,700 kilometres and an ability to fly up to 11 hours, the A321XLR can operate non-stop anywhere across North America and, pending Transport Canada approval for overseas operations, also fly transatlantic missions, bolstering the carrier's hubs and network. Air Canada is in the process of selecting an engine manufacturer for its A321XLR aircraft.

The A321XLR will be used both for incremental growth of Air Canada's fleet and to replace older, less-efficient aircraft expected to exit the fleet. As a result, the new aircraft will yield significant operational cost savings and environmental benefits. Air Canada projects it will have up to 17 per cent lower fuel burn per seat than the previous generation narrow-body on a typical transcontinental flight and a projected reduction of up to 23 per cent versus previous generation wide-body aircraft on a transatlantic flight. This will reduce greenhouse gas emissions to help Air Canada fulfill its environmental commitments, which include the achievement of net carbon neutrality by 2050. The A321XLR is also expected to be quieter for passengers and airports than the aircraft being replaced with the A321XLR.

As of December 31, 2021, Air Canada had a combined 214 aircraft in its mainline and Air Canada Rouge fleets, including 136 single-aisle, narrow-body aircraft. 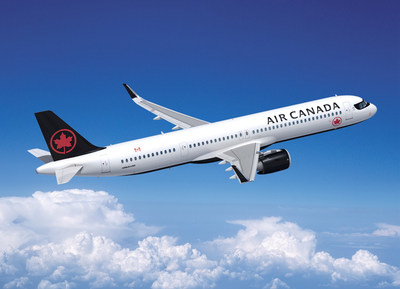