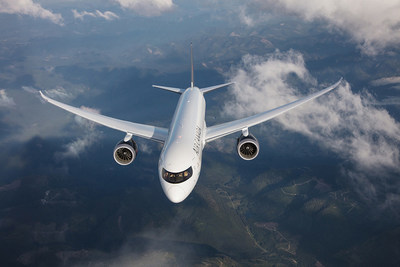 MONTREAL, Aug. 17, 2022 /CNW Telbec/ - Air Canada today provided the following update on its operational improvement initiatives implemented in response to the challenges the global airline industry has encountered emerging from the pandemic.

"At Air Canada, we know how much our customers value travel and their reliance on us to transport them safely, comfortably and without disruption. This is always our goal and we share with them their disappointment that, coming out of the pandemic, the global industry faltered due to the unprecedented challenges of restarting after a two-year, virtual shutdown," said Michael Rousseau, President and Chief Executive of Air Canada.

"Earlier this summer, I committed on behalf of everyone at Air Canada that we would do everything possible to restore our company's industry leading standards of customer care. Among other things, this included innovation at the airport, operational changes and significant schedule adjustments and today these are yielding demonstrable improvement in the metrics that matter most to our customers. While I am very satisfied with the progress to date, and I thank our employees for their unrelenting efforts, we all continue to work hard on behalf of our customers to complete our recovery."

For the period June 27 to August 14, during which it carried approximately 6.4 million customers, the Air Canada family (including Air Canada, Air Canada Rouge and Air Canada Express), recorded the following operational improvements as it returns to its pre-pandemic customer service levels:

Air Canada continues to work with its partners to address the issues disrupting the air transport ecosystem in Canada. Evidence of the success of these joint efforts is a marked decrease in delays and cancellations for airlines, contributing to increased overall stability in Air Canada's operations. This has resulted in an enhanced customer experience, with better on-time performance, schedule reliability and baggage delivery.

Each day on average, Air Canada currently operates nearly 1,100 flights and regularly carries 135,000 people. Air Canada has been prudently restoring its schedule as it recovers from the effects of COVID-19 and this summer it plans to operate 79 per cent of its pre-pandemic capacity as the industry stabilizes. In support of this, the carrier has recalled employees laid off during the pandemic and continues to hire additional workers. It currently has approximately 34,000 employees compared to 34,700 prior to the pandemic.

Air Canada is Canada's largest airline, the country's flag carrier and a founding member of Star Alliance, the world's most comprehensive air transportation network celebrating its 25thanniversary in 2022. Air Canada provides scheduled passenger service directly to 51 airports in Canada, 51 in the United States and 86 internationally. It is the only international network carrier in North America to receive a Four-Star ranking from Skytrax, which in 2021 gave Air Canada awards for the Best Airline Staff in North America, Best Airline Staff in Canada, Best Business Class Lounge in North America, and an excellence award for managing COVID-19. Through its leading travel loyalty Aeroplan program, Air Canada offers the ability to earn or redeem points on the world's largest airline partner network of 45 airlines, plus through an extensive range of merchandise, hotel and car rental rewards. Its freight division, Air Canada Cargo, provides air freight lift and connectivity to hundreds of destinations across six continents using Air Canada's passenger flights and cargo-only flights with its fleet of Boeing 767-300 freighters. Air Canada has committed to a net zero emissions goal from all global operations by 2050.