Get news alerts by email
Air Canada Readies for Summer 2023 in Canada with New and Restored Services, and Increased Frequencies 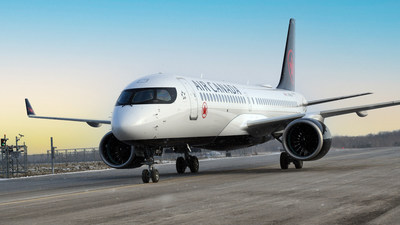 Air Canada will offer over 600 daily flights on 97 routes to 51 destinations in Canada this summer, the most of any carrier. (CNW Group/Air Canada)

MONTREAL, Dec. 6, 2022 /CNW Telbec/ - Air Canada today announced a new service between Montreal and Fort McMurray that will launch next June as part of the carrier's Canadian summer schedule. For summer 2023, Air Canada is also restoring suspended services and increasing frequencies on popular routes across Canada, as the company augments its Canadian network following the pandemic.

"As the country's flag carrier, Air Canada's increased Canadian summer schedule further reinforces our role in providing critical connectivity to Canadians coast-to-coast. Our new Montreal-Fort McMurray service brings easier access from eastern Canada to one of the critical economic hubs of Alberta. And with the prudent restoration of suspended routes and increased frequencies on others, we are improving our customers' options for domestic travel. We are looking forward to an exceptional summer, with service on 97 domestic routes to 51 Canadian airports, making us the largest Canadian carrier, with the most seats and capacity available for travellers," said Mark Galardo, Senior Vice President of Network Planning and Revenue Management at Air Canada.

"Furthermore, we've built our Canadian summer schedule to synchronize with our recently announced summer international schedule, facilitating connectivity through our hubs for our customers, whether they're traveling within Canada, across the border to the US, or to our many destinations worldwide. "

New service between Montreal and Fort McMurray will begin June 20, 2023. Flights will be operated year-round, three days a week, by Air Canada Rouge using an Airbus A319 aircraft with 136 seats in a Premium Rouge and Economy Class configuration. With its new Montreal and existing Toronto service, Air Canada will be the only carrier connecting Fort McMurray non-stop to Quebec and Ontario.

Aeroplan members can earn and redeem points on all Air Canada flights; and, where available, for eligible customers and Aeroplan members, priority check-in, Maple Leaf Lounge access, priority boarding and other benefits.

Air Canada is Canada's largest airline, the country's flag carrier and a founding member of Star Alliance, the world's most comprehensive air transportation network. Air Canada provides scheduled passenger service directly to 51 airports in Canada, 51 in the United States and 88 internationally. It holds a Four-Star ranking from Skytrax. Air Canada's Aeroplan program is Canada's premier travel loyalty program, where members can earn or redeem points on the world's largest airline partner network of 45 airlines, plus through an extensive range of merchandise, hotel and car rental rewards. Its freight division, Air Canada Cargo, provides air freight lift and connectivity to hundreds of destinations across six continents using Air Canada's passenger flights and cargo-only flights with its fleet of Boeing 767-300 freighters. Air Canada has committed to a net zero emissions goal from all global operations by 2050.